We need your help!

We need your help! 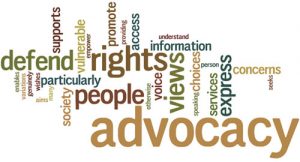 We have a request of our family members in regard to the funding for Medicaid that is currently under scrutiny. Late last week a bill was introduced into the Senate which would have devastating effects on nearly all of the skilled nursing communities in the state, as well as the nation. Our sector of health care is one that heavily relies on Medicaid as a pay source to provide care for the majority of the frail elders living in our state in skilled nursing communities. The short portion of this bill is that it is looking to make some major cuts to Medicaid funding that will impact some of the state’s unique programs that focus on a quality of life for those we serve, such as the Pay for Performance program. It’s looking to reduce the reimbursement of Medicaid by 20% by 2025. It’s a staggering cut that would devastate many communities and make the future of caring for our elderly a bit uncertain.

We are asking family members to make phone calls this week as there is a vote occurring this Friday that our senators will be voting on. The bill is called “Better Care Reconciliation Act” and we are asking that you follow this here link or reach out via phone to Senator Corey Gardner at  202-224-5941

Here are the talking points if you need more information from the American Health Care Association;